British Secret Garden garnered both awards for it’s outstanding design and decor. The event was the VIP Grand Opening of a brand new JLR showroom for a local dealership, also celebrating its 50th Anniversary and launching the new Land Rover Velar.  Bright Ideas identified that the event needed to let new building shine, all 106,000 square feet of it. To accomplish this, we created a cohesive event design that would be both beautiful and functional in showcasing the venue.

Inspired by the greens of both the Jaguar and Land Rover brands, Bright Ideas imagined a landscape of boxwood greenery edited into the harsh lines of a manicured English Garden.  Boxwood became the vehicle through which we showcased the venue because it complimented the architectural features of the building.  Furthermore, the open-concept design of the venue was reflected in the 360 design of our structures, ensuring that everyone moved fluidly throughout the spaces.  Guests could eat British-inspired canapes while walking around a boxwood food station that emulated the shape of the room it was in.

Contrasting the clipped and straight edges of the boxwood features, that so naturally mirrored the spaces, were the stunningly gorgeous Secret Garden Girls, striking creatures imagined together from elements of butterflies and flowers.  They not only provided the contrast of soft against rigid in our event design.  They also acted as passive tour guides.  As guests migrated from space to space, they were unknowingly brought to key features in the venue as they followed a Butterfly or a Flower Petal Girl for a photo opportunity who would strategically pause and pose at these locations.

By staying true to our event design and by using every element to its full potential, Bright Ideas was able to develop a consistent event design that was both beautiful and functional in making the new building shine! 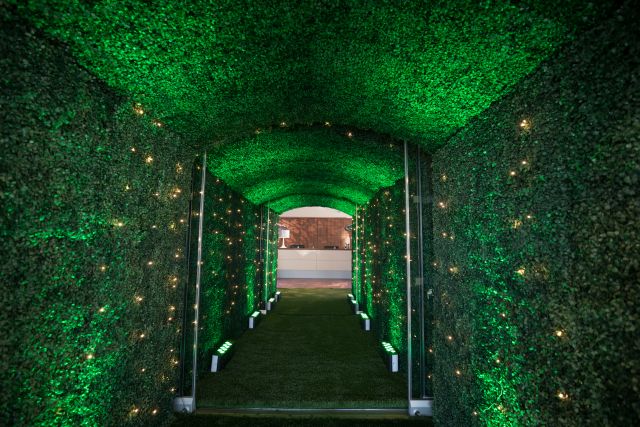 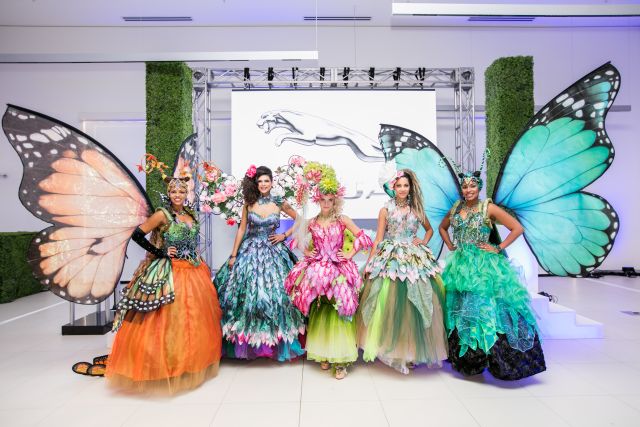 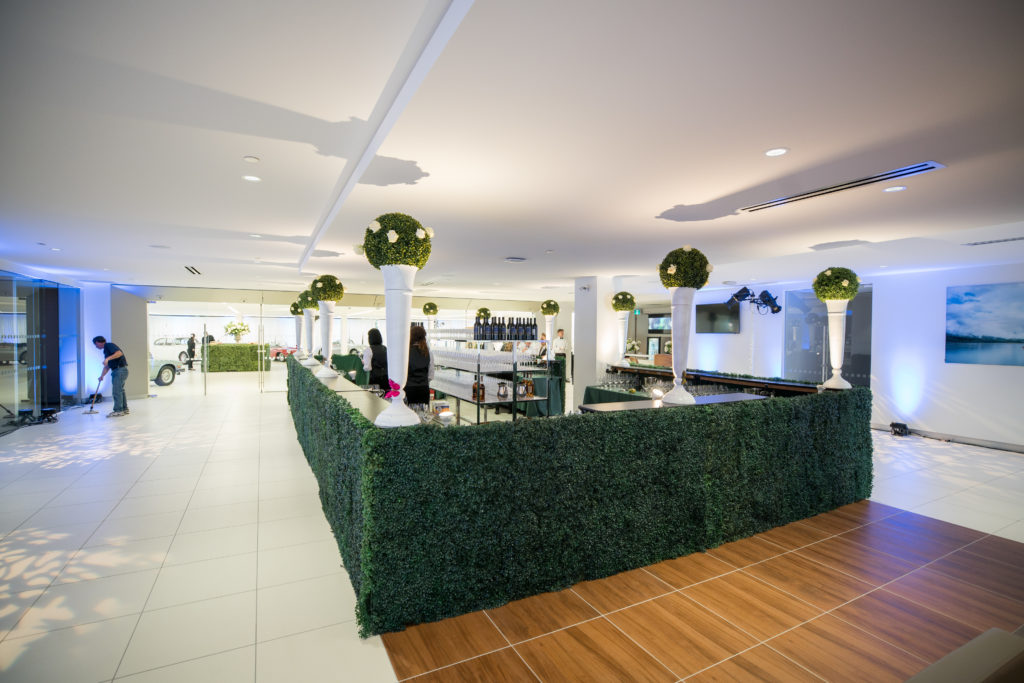