Experiential Events are a MUST! 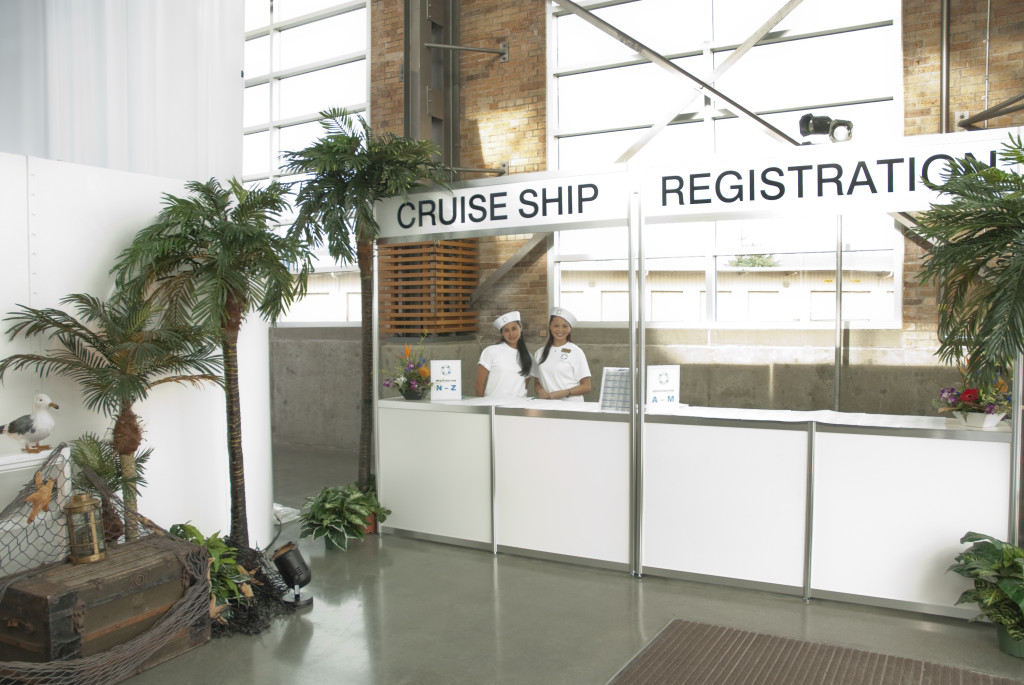 Each year we present a creative idea for our client to incorporate into their annual event and this event was no exception. At this event, guests experienced a luxury cruise without ever leaving land. The event was designed with an elegant, high-end Cruise Ship experience in mind. Guests felt as if they were boarding a Cruise Ship from the moment they checked into Cruise Ship Registration.

After guests checked in at the Cruise Ship Registration desk they were encouraged to enjoy a photo opportunity with the Captain in a customized beach scene complete with palm trees, island backdrop and life ring preserver. 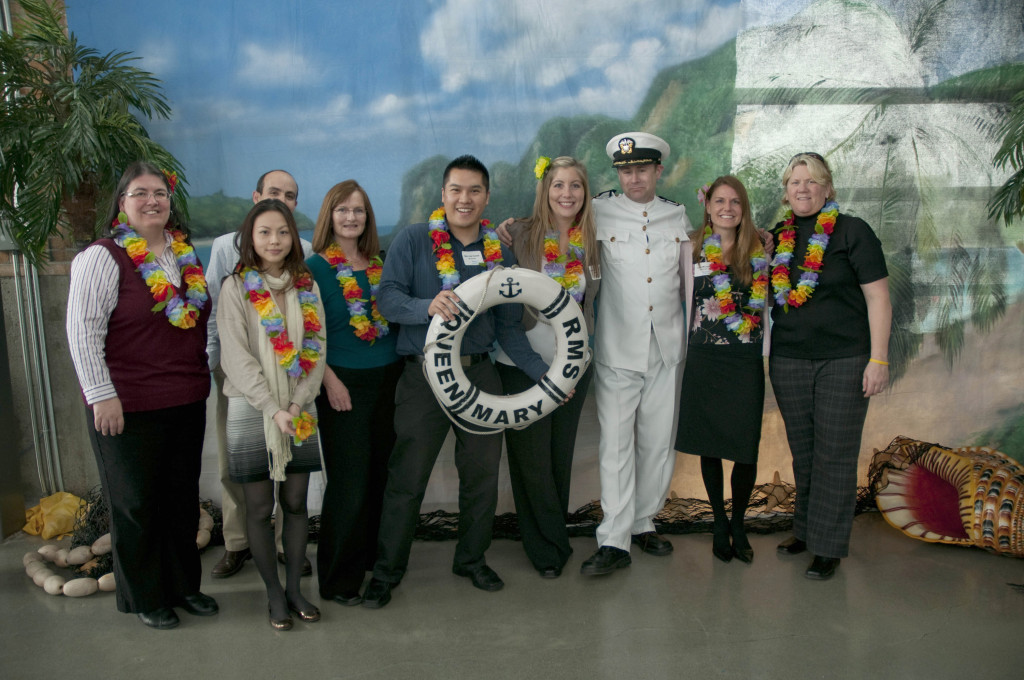 As they crossed the gangway over the stern of the ship and into the main ship area, they certainly felt that they had left land far behind. 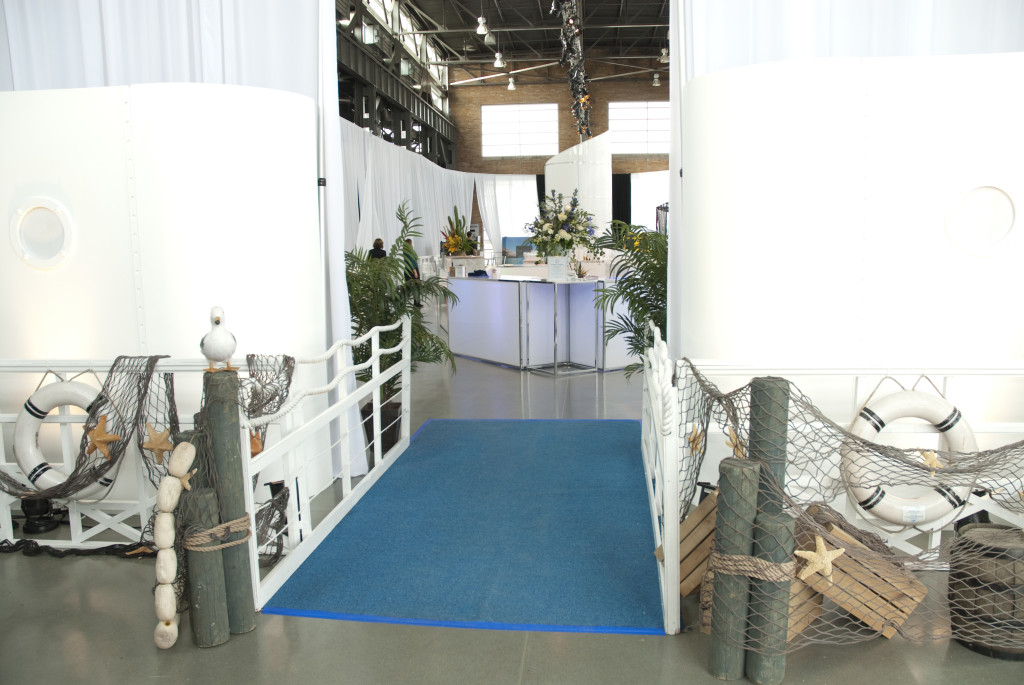 The event had the elegance and presence of a high-end reception, but it was the creative event design of transforming the Rocky Mountaineer Train Station into a Cruise Ship setting that was the talk of the party. Billowing 20‘ tall walls of white complete with 30’ sails, sailors dressed in all white and the installation of a massive white smoke stack bar were just a few examples of our creative décor elements. Each food station was adorned with a massive floral arrangement containing indigenous plants and florals of the country. When the ship docked in the port, the bar and corresponding food station lit up in a predetermined color to emphasize the featured country we were visiting. We chose furniture of square white Lucite cubes to give it that modern Cruise Ship feeling. The room was lit with sea-blue lighting. 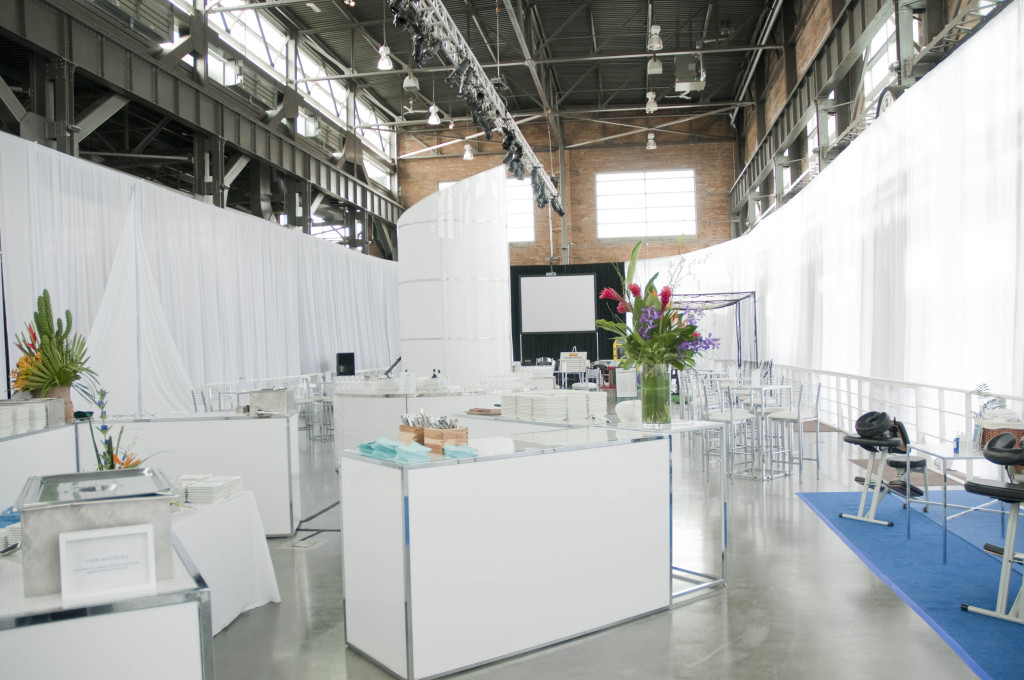 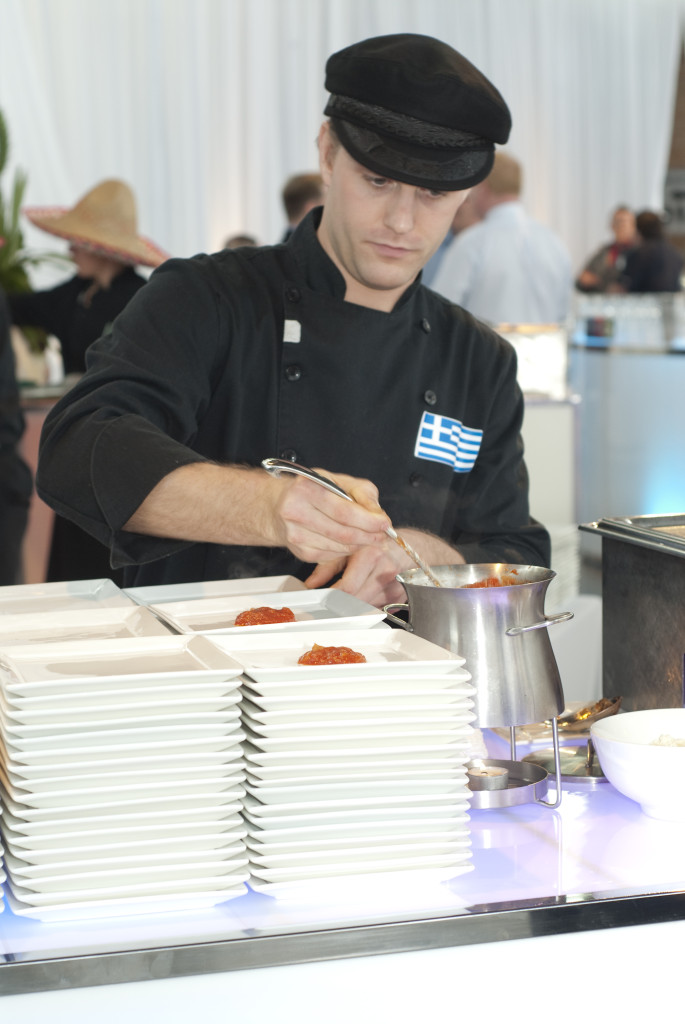 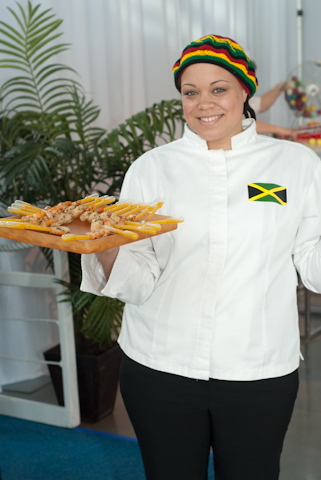 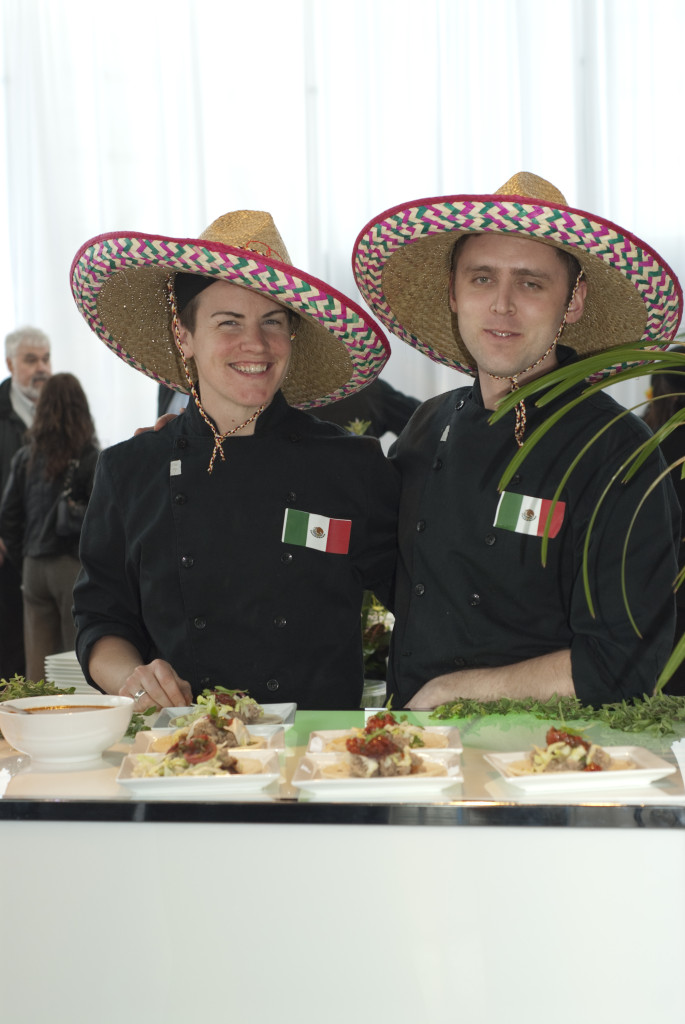 We chose three exotic ports of call – Jamaica, Greece and Mexico. In order to give the impression of reaching a different destination without changing props, we created the feeling of arriving at a new destination by introducing a change in lighting, live announcements and theme entertainment. We hired an actor to pose as our Captain and make scripted docking announcements after blowing the ship’s horn. Images of the destination were portrayed on a video wall as the ship docked and the live entertainment boarded the ship. The entertainment changed at each port to add to the atmosphere of a new destination. In between live entertainment, the DJ offered theme music. The catering staff circulated ethnic cuisine while wearing a suitable hat for the destination. Three signature drinks were available to guests to complement the flavours of the food items and promote the ports of call. 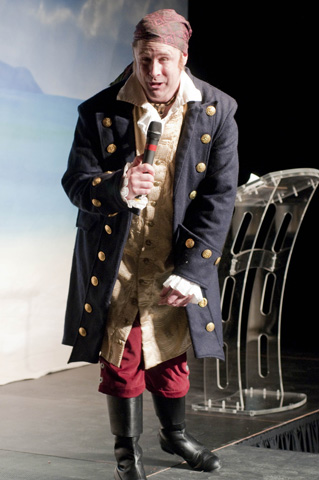 To conceal the Pirate Stage which was being used later on in the evening for award distribution, we constructed two 30 foot tall white sails on wheels and placed them in front of the theatre opening.

We projected the clients’ logo on the sails and hired two female models to part the sails when it was show time.

The female sailors encouraged the guests to enter the theatre which was staged to resemble an island complete with palm trees, rocks and giant seashells.

Our MC, who was dressed in full pirate costume, provided excellent entertainment as he assisted in the award distribution.

He asked that each recipient walk the “gangplank” before they could receive their award.

This was a great ending to a very unique event.

To see photos of this amazing event click here

Social Media for your Event Business