In the last article, we explained how Bright Ideas had been hired by a regional auto-sales company to innovate their Annual Awards Night. We outlined the Talk Show format we developed, with its professional MC, the Show’s ‘special guests’ being this year’s Award Winners, and how each award segment was introduced by an entertainment segment of Improv comedy. 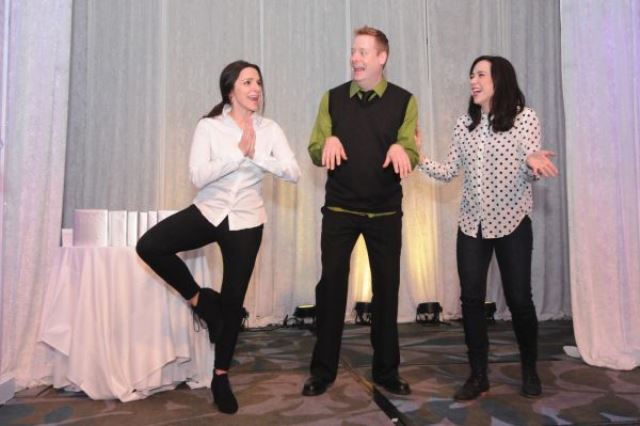 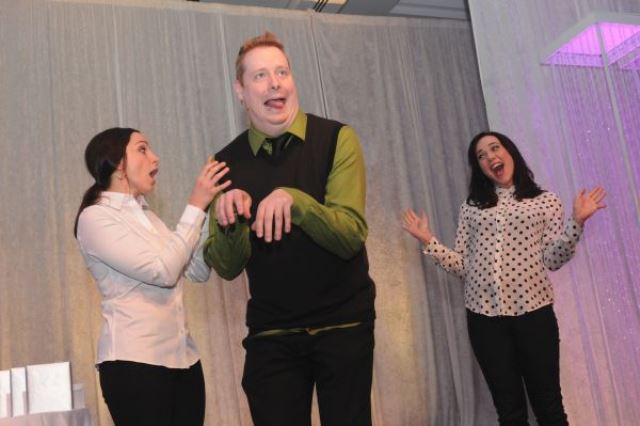 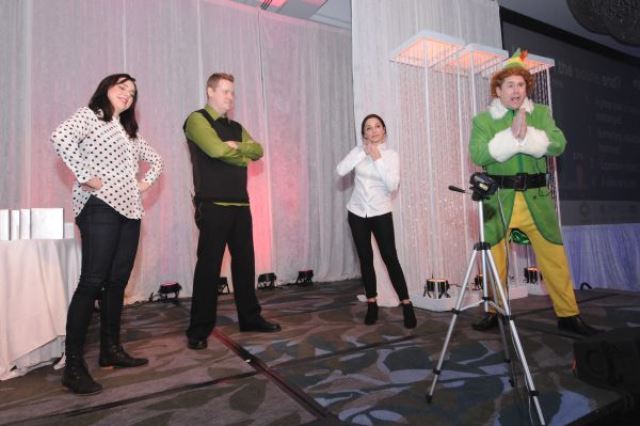 Clearly, for this event, we interpreted innovation as LIVE, because what is more innovative than something that is totally unexpected and unplanned?!

And the close cousin to LIVE, with its total unpredictability, is spontaneity. Within the seemingly impromptu context of the live Talk Show, we could really turn this year’s Annual Awards Night on its capricious head by planting several opportunities for spontaneity; occurrences that are random on their face but turn out to be much MUCH more!

We didn’t waste a minute! Right at registration, guests were presented with a small slip of paper on which was written the simple phrase “A President’s Award Winner might be heard to say…” and guests were asked to fill in the blank. Some context – the President’s Award was the third and final award category, and guests were instructed to be as funny as they wished, while keeping their answer appropriate for a work function. 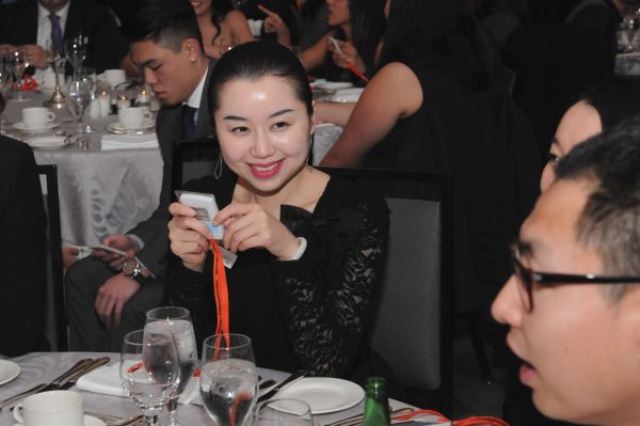 At this point, they have no idea why they’re writing this. But they sit through dinner, through the ambient conditions in the room changing, and through the first two award and comedy segments. By the final award presentation, they’ve completely forgotten about these slips of paper.

And here they show up, improbably in the hands of the Improv actors, who are using them to complete their own sentences in a skit based on a worthy employee being praised by his boss.

You can imagine how sides split with howling laughter when the ‘worthy employee’ exclaimed to his venerated boss that every morning he wakes up and wishes he could be more like his boss, how every day he dreams of approaching his boss with a smile on his face and declaring admiringly for all to hear, “I should have been fired!” 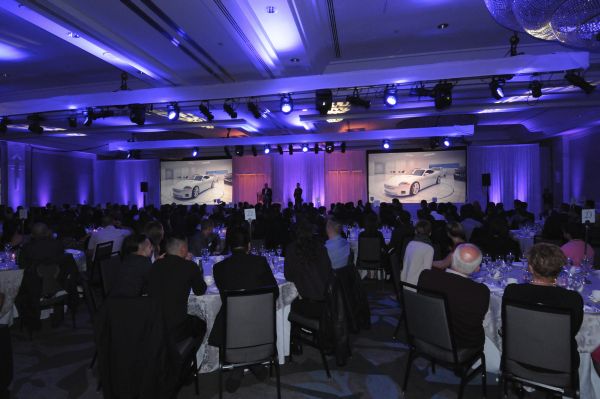 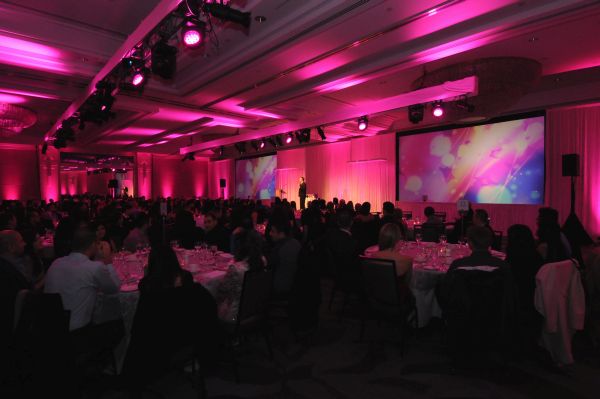 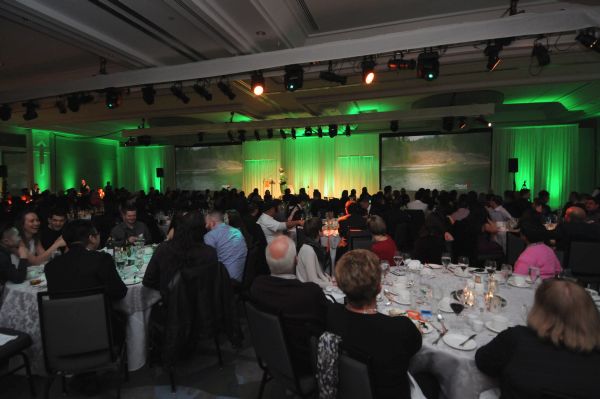 And although our closing act was the perfect spontaneous match – a widely famous mind magician was to close the evening of unpredictability and real-time changes by performing feats of illusion and mind-reading. It was the way the Talk Show transitioned from Awards to Mind Magic that was the unexpected icing on the spontaneity cake. The MC announced the act and invited him to come up.

When he didn’t appear at the edge of the stage, the spot light started looking for him and finds him at the edge of the room with a water pitcher in his hands that he promptly made disappear right then and there! It was a double dose of ‘unexpected,’ when something disappears from the physical world, and then when guests start realizing that they’ve seen this guy all night, had small talk while he filled glasses, and finally laughing amongst themselves, “No wonder he was such a terrible waiter!” We had planted him as a water server! 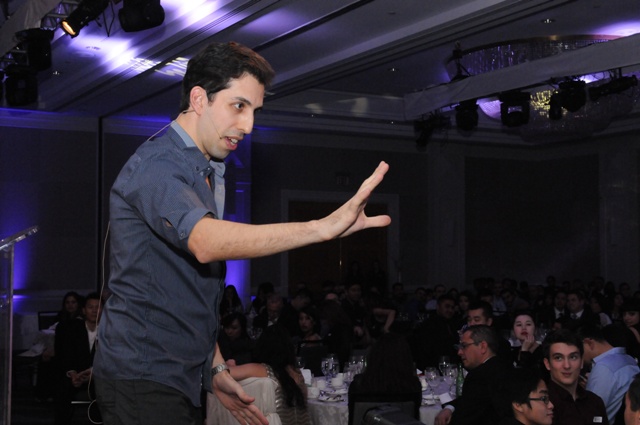 But perhaps the masterstroke of using innovation and spontaneity as our inspiration is that guests will have no idea what to expect next year, increasing their speculation and curiosity, and likely also attendance, as Bright Ideas continues to Reimagine the Annual Awards Night!!

Stay tuned, because in the next blog, we going to tell you how Innovation and Spontaneity are made possible by Teamwork. Contact Bright Ideas today to discuss “Reimagining” your Annual Awards Night and bringing magic to your next event. To see photos of this amazing event, click here.

Company Picnics – Themes are a MUST!