In the last two blogs, you learned how Bright Ideas tacked a very challenging task asked of us – how to reimagine the Annual Awards Night.

In Part 1 – Innovation – we introduced the challenge and explained how we completely customized the format as a LIVE Talk Show, focusing on all of the amazing ways we got guests involved in the real-time possibilities of a live show.

In Part 2 – Spontaneity – you learned some of the ways that we supported these real-time updates by creating some opportunities for change.

In this, Part 3, we’d like to change tack and give you the lowdown on how an event this complex was possible. 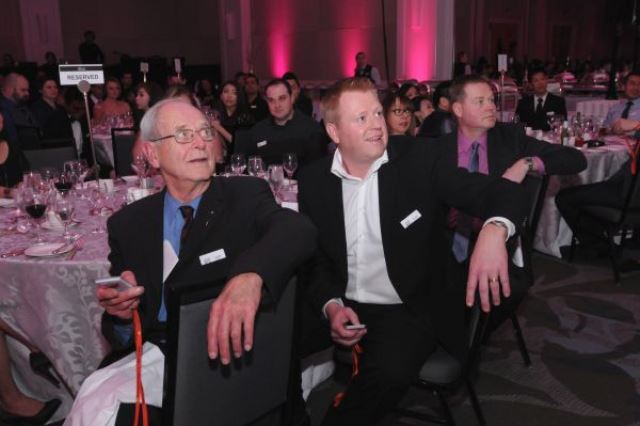 When we brainstormed about a LIVE Talk Show, we knew we needed our industry partners supporting us for the concept to be successful.  Selling the event design was, it turned out, easy.  The real-time voting software developers were PSYCHED because no one had ever done this type of audience control before and they were keen to see how they could push the software’s limits.  And it was the same with the various A/V techs.  Live events happen all the time, when conditions change based on presets and timing and lots of rehearsal, allowing the techs to memorize the routine.

But allowing complete control was going to stretch the techs own limits.  They were keen.

Alright, so everyone is on board and keen.  So now what?

Let’s breakdown one of the ‘extreme events’ mentioned in Part 1 – changing the conditions in the room to ‘Lightening.’

But first there had to be a slide – in fact, a whole 3-hour presentation of slides which was prepared in advance by close collaboration between Bright Ideas and the software developers on content, appearance, timing, format, sequence, and even just how to ask a question in a manner that is supported by the available buttons on the voting devices!

thus, seemingly effortlessly immersing guests into a stunning, multi-sensory experience that they, THEMSELVES, voted on. 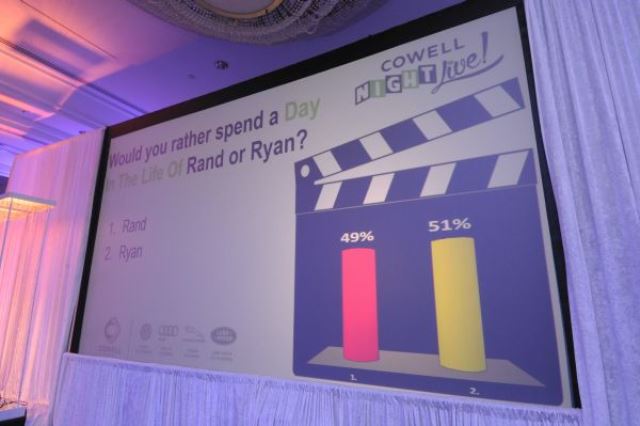 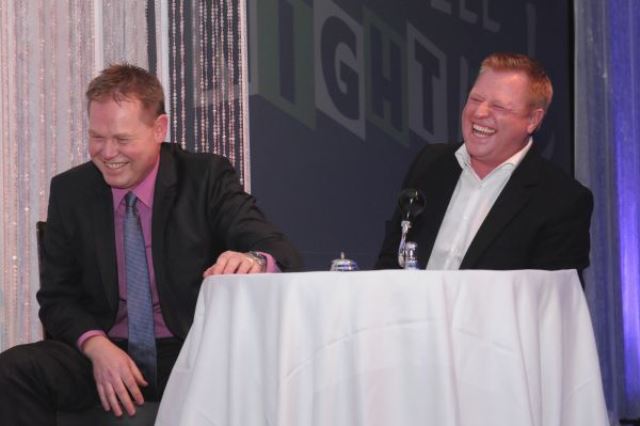 This was just one 5 minute example of teamwork during the event, in which the techs and MC mentioned were from some 4 different companies.  It’s probably not hard to imagine how many hours were spent prior to the event in meetings, drafting scripts, working out presets, talking through challenges, proposing new ideas and new ways of doing things.

Teamwork was the essence of this event, the crux of its success, and only possible because Bright Ideas has industry partners who are the best at what they do. We respect them deeply for what they bring to the table – especially when they’re inspired by innovation and spontaneity to Reimagine the Annual Awards Night!

To make your next Annual Awards Gala unique and something ‘outside the box’ give Bright Ideas a call to take the first step!